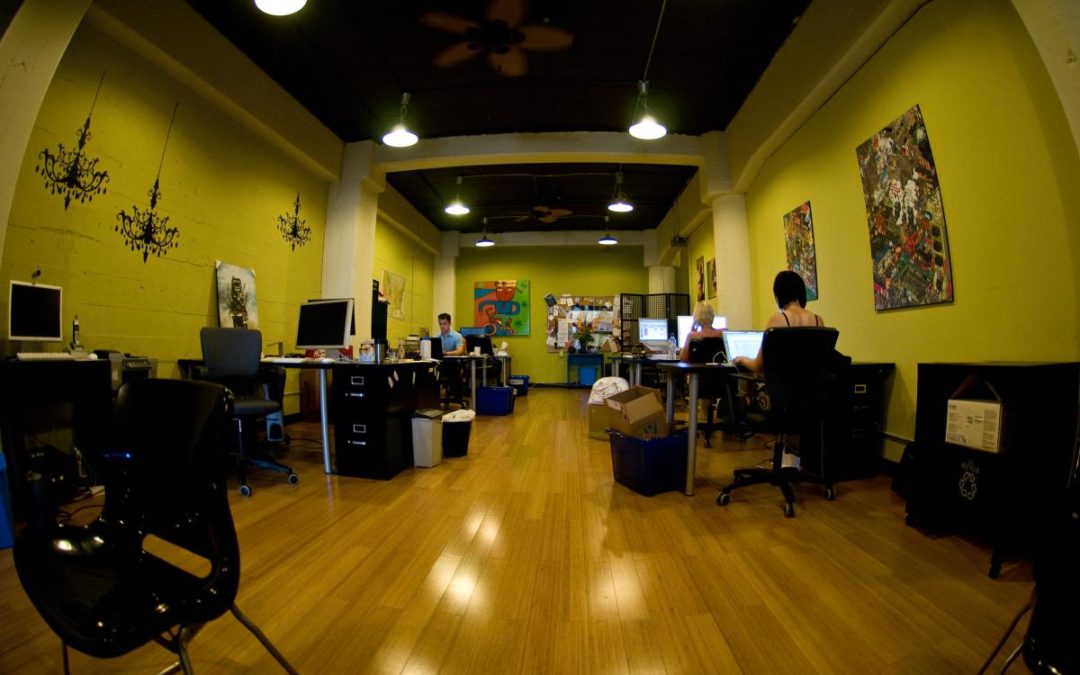 The Story Behind Coworking

Bernie De Koven, an America Computer Game Designer and Author, is commonly given credit for first using the word “Coworking” in 1999 to describe ‘collaborative work sessions’ between programmers and IT professionals during the time when computer technology and the now massive and global IT industry was starting to boom.

As an initial trend and and later serious movement, the coworking movement started around the years 2005/2006. Coworking.com – a general community site on the topic maintained by an organization called Open Coworking – jokingly states that around that time, Brad Neuberg “decided to let anyone take his idea and make it their own.” As a passionate supporter of open source ‘anything’ (software, concepts and even trends like Coworking), Neuberg claims that he invented the term and also sparked the initial idea that became the world-wide collaborative working phenomenon known as coworking today.

Regardless of the person responsible for coining the phrase or instead of arguing either way in favour of an originator of the idea, by comparing the different versions and stories surrounding Coworking, it would seem that the American city of San Francisco was the nesting-ground for the first Coworking spaces in the early-mid 2000s.

Neuberg opened one of the first spaces, the San Francisco Coworking Space, in 2006 at a place called Spiral Muse in San Francisco. Originally based on a $300 dollar monthly budget for rent which allowed only two days per week to be open and the requirement that Neuberg remove the prefab partitioning and setup of the premises every time they reopened, coworking as a trend and productive working environment setup soon started to gain attention and the trend spread throughout the city. The Hat Factory, mistakenly attributed as the first coworking space, also popped up in San Francisco in a loft in the city during that time.

More recently, Coworking has become a must-have rental space supplier and the trend has developed into a serious business model for some companies that offer it almost exclusively as their primary service. The Coworking trend that started in 2006 has become the umbrella term for organisations and businesses that offer a desk rental service often marketed as “hot desking”, private offices to rent and meeting rooms for the demands of more corporate clientele.

Venture Workspace is reaffirming the flexible nature of the Coworking trend by opening its second location in December this year at the Constantia Emporium shopping centre near the Ladies’ Mile onramp in Constantia (M3 highway). Have a look at our website for more information and opening specials!